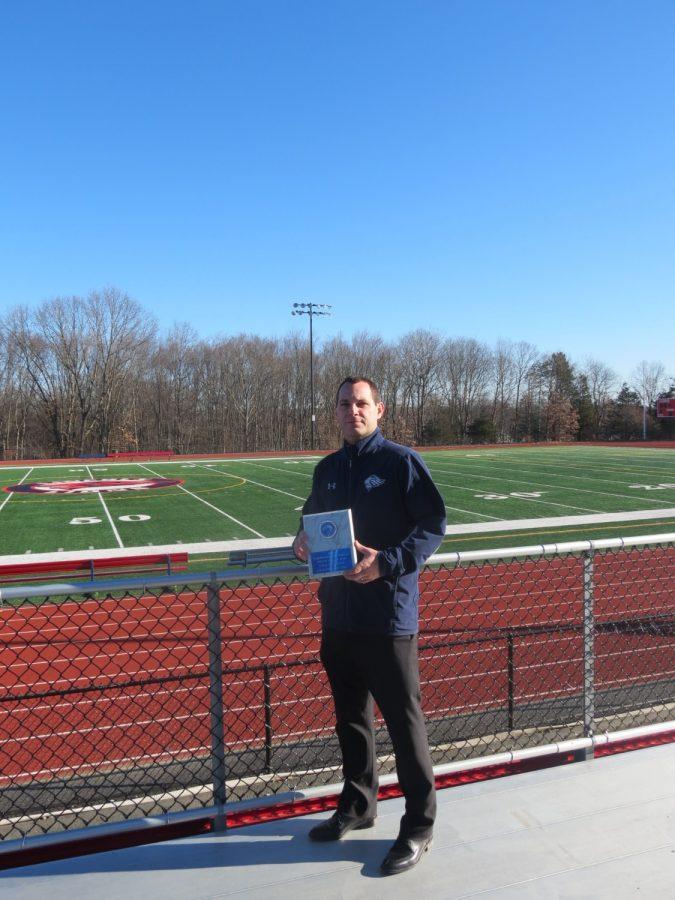 On Thursday, November 23, Lincoln High School Athletic Director Mr. Gregory O’Connor was inducted into the Cumberland High School Hall of Fame for his efforts as a part of the boys basketball program. Throughout his three year career, O’Connor was able to score 1,183 points, ranking seventh in all-time scoring for the Clippers. He also was a three year starter and team captain his senior year, named All-Division One three consecutive years, averaged 18 points per game, set a school record for most three pointers at the time (which has since been broken), and named to Top 48 RIBCA All-Star Game Junior & Senior Season. O’Connor competed in division one basketball.. What made them succeed was they “had a lot of talented players on our team during my time at Cumberland. What made us a special team was that we each knew our roles on the team and how to make each other better. My role was a scorer, a playmaker, and a shut down defender”, O’Connor explains. When O’Connor was inducted in the Hall of Fame, he had a lot of people to thank and acknowledge as he had a very successful career in high school. He said that “The gist of my speech surrounded around my teammates, my coaching staff (my father was the Varsity Basketball coach), and my family. A lot of my teammates were there that night along with both my coaches and a lot of family members. I thanked each of them for helping me become the player I was and I would not have been standing there before them as a member of the Cumberland High School Athletics Hall of Fame without each of them helping me, supporting me, or pushing me to along the way. I was very humbled and honored to be selected to the Cumberland Athletics Hall of Fame and the night was particularly special for me as I was inducted in the same class as one of my teammates, John O’Neill (a fellow 1,000 point scorer) and my younger brother, Tommy O’Connor (a State Champion Tennis player)”. When you have a long athletic career like Mr. O’Connor’s, there are many moments that become great memories. His favorite personal memory was when he scored his 1,000th point in front of his home crowd.“Having a full gym chant my name as they stopped the game to present me and my family with the game ball was special” O’Connor said. He was always a team player, and as a captain, he “wanted to set an example to the rest of my teammates in terms of work ethic, drive, determination, and unselfishness… Every night was a challenge and we needed to be ready and prepared. I was a big proponent of leading by example, putting in the time, effort, and energy to be the best player, student, and teammate I could be”, O’Connor stated. For the road ahead, O’Connor does not see himself coaching at the high school or college level, but he might when he has children. He sets the bar for future athletes as he was a gym rat being the first one to practice and the last to leave the floor. O’Connor describes how he “was a big proponent of leading by example, putting in the time, effort, and energy to be the best player, student, and teammate I could be.” For a last statement, O’Connor is “very humbled and honored to be inducted into the Hall of Fame and I thank the Cumberland High School Athletics Hall of Fame for selecting me for this great honor.” We are lucky here at LHS to have such a role model and successful player to be our athletic director. Congratulations Mr. O’Connor!