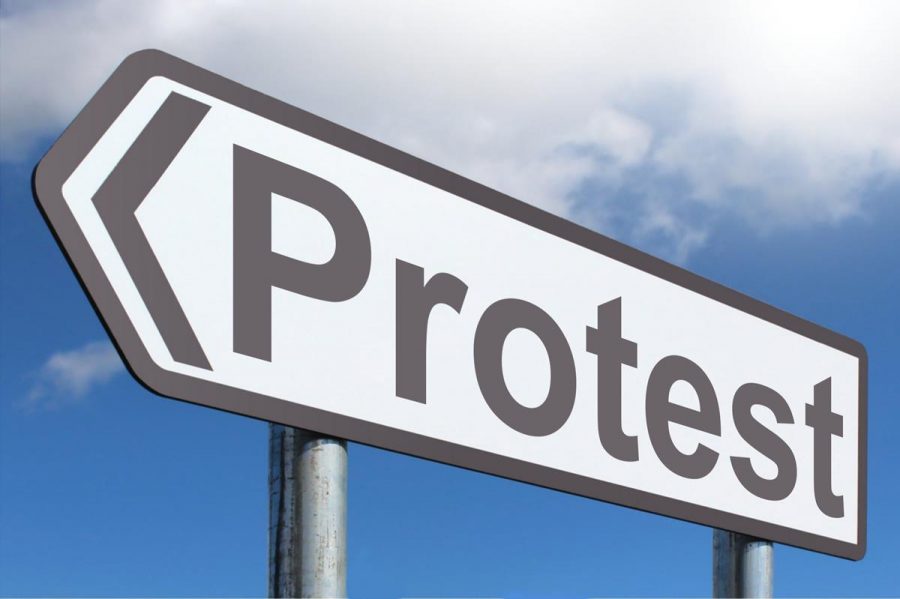 “Congress shall make no law respecting an establishment of religion, or prohibiting the free exercise thereof; or abridging the freedom of speech, or of the press; or the right of the people peaceably to assemble, and to petition the government for a redress of grievances.”- Amendment One from The Bill of Rights. As students adjust to the new school year, questions arise as more and more students become involved in politics, but still don’t know their own rights. One can not safely protest and express opinions without knowing the extent of how far they are able to go. Last school year, a walkout occurred across the nation, after a shooting took place in Parkland, Florida. Students walked out of their school and stood at the entrance for seventeen minutes to pay their respects to the seventeen victims and to protest gun violence. However, many students stayed inside because they feared the consequences, and were unsure of what they were allowed to do. To answer that question, the First Amendment does protect your right to free speech and peaceful protest, but it does not protect your right to skip class. Rhode Island law requires students to be at school skipping out in class to participate in protest can is punishable. However, the punishment for participating in a protest can not be a greater punishment than the punishment for any other form of skipping class for seventeen minutes. Every school has a different policy on skipping class, but for Lincoln, the handbook states “Attendance to all assigned classes is mandatory for all students. An unauthorized absence from class will be considered a cut. Students cutting class will receive a zero on all quizzes, tests, papers and projects given or due in class that day. Additionally, cuts may result in further disciplinary action including detention, assignment to TAC, social suspension or suspension. A student tardy to class 15 minutes or more without a pass will be considered absent.” Do keep in mind, this is a worst case scenario, and many teachers last year allowed students to participate in the walkout without penalty. There are still many ways for students to express their political ideas with no chance of punishment. Students still hold the right to petition, pass out flyers, speak up about your opinion, and even wear clothing reflecting your opinion. If someone were to cause a public issue, they could be punished, but that person could speak out about something controversial or something the school doesn’t agree with and the school can not punish them for speaking their mind (this includes images depicted on clothing as long as no weapons are displayed). As for protesting outside of school, the school can in no way control what you do, according to the American Civil Liberties Union This includes social media. If a group of Lincoln High School students would like to peacefully protest off campus, the school can not punish them. When on social media, the school can have nothing to do with it unless it is directly associated with Lincoln High School or putting another student in danger. Therefore, please speak up! Students are the soon-to-be leaders of America, and can even change what is happening in our nation present day! Know your rights, and don’t ever be afraid to exercise them.