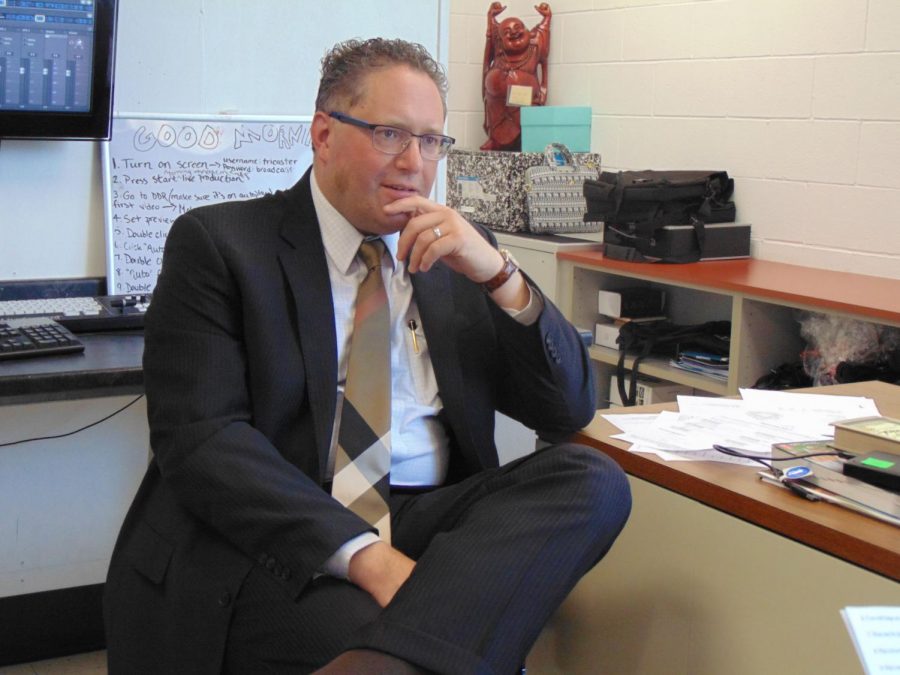 Filippelli has served as the superintendent of Scituate Public Schools since March 2016, and has worked in that district since 1999, when he taught history and social studies at the middle and high school levels. He has served in various administrative positions in the district, including assistant principal and principal at the middle school and assistant superintendent. Before going to Scituate, he taught at Mount Pleasant in Providence for two years.

Over the years, Filippelli has become familiar with the district, and is excited to come to a community that he considers to be “focused on education [and] focused on moving it forward,” citing the $60 million LHS addition/renovation project as an example.

LHS Principal Kevin McNamara, is excited to welcome Filippelli after Fortunato’s retirement in June, and he “look[s] forward to working on his leadership team.”

“I’ve known Dr. Filippelli professionally for many, many years,” he said, “[and] I think he’s going to be a great choice to lead our school department.”

“He’s a leader that’s very inclusive,” he continued, “and will want to gather lots of opinions before making decisions.”

“I think his leadership style is a perfect match for the Lincoln Public Schools,” he said.

“I have known Dr. Filippelli for a number of years, the last 2 as Superintendent of Scituate Public Schools. He is very active in our professional organization.”

She also notes his “specialty in school safety.” “Given the times that we are in now,” she said, “this is a skill that he can put to very good use in ensuring safety in our schools.”

In terms of school safety, Filippelli noted that there are “a few different ways you look at that.”

“You want to make sure that your facilities are safe and secure,” he said, “but it goes beyond that. You have to look at what’s happening inside.” Currently, in Scituate, every week the middle and high schools have “Tuesday morning meetings,” which he says are “all hands on deck.” At these meetings, the administration and support staff (including guidance counselors, resource officers, and student assistance counselors) all meet “and talk about any kids that might be in crisis,” so that people will know to keep an extra eye on a student who may be struggling.

“I think it’s a combo,” he said, “of having both the exterior security and the interior kind of mental health support to fix that.” In Lincoln, his first step will be to speak with the administrators, to “gather vision and talk about our ideas,” and then move forward from there.

Coming from a family where practically everybody (with the exception of his older brother, who is a CPA) works in education, Dr. Filippelli would spend his summers in school buildings with his dad, who was an administrator in the Providence school system. Education, he says, is “in [his] blood.”

After having worked in Scituate for 19 years, “going somewhere where you can go a little bit more as a professional” was the “right thing to do.” And Lincoln is just the destination for him to do it in.

“I really did consider this a destination district,” he said. “There were other superintendent positions that were open, [and] this was the only one that I applied to.”

One thing that he would tell students in Lincoln about him is that he has an “incredibly positive attitude,” and that that’s “number one.”

In addition to this, he’s “always [has] an open door,” and he’s been that way since he was a teacher. “I think that students should, when appropriate, you know, drop me an email. Send me an idea,” adding that “[we] may not always agree, but you always just sit and listen and hear the other person’s side.”

“That’s kind of how I’ve always run my leadership,” he said, “and that’s what I’m going to do here, too.”