Is Anyone Truly Happy? 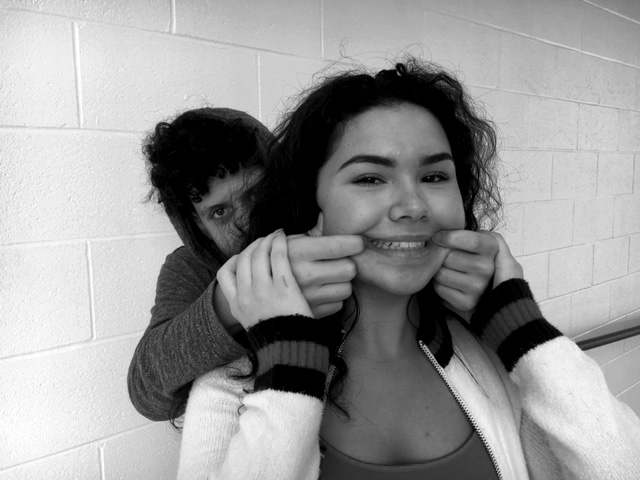 “If somebody doesn’t exactly like me, I believe it’s only because they haven’t gotten to know me and my good side enough,” states Junior Marty Gaughan who feels that happiness allows people to have the confidence to achieve their dreams.

Would you say you are a happy person? Do you know what makes you happy? Would having more money make you happier or, would being happier make you more money?

Albert Schweitzer once said, “Success is not the key to happiness. Happiness is the key to success. If you love what you are doing, you will be successful.”

Generally, happiness has to do with an emotional and mental state of welfare that can be characterized through pleasant and positive emotion such as joy.

Based on surveys, it is proven that people have not been as happy on a daily basis over the last two years as they have over previous years. Is it because of politics? Relationships? Money?

As Americans commit fewer and fewer crimes against other people’s lives and property, they have become more likely to inflict fatal violence on themselves. According to statistics done on the rate of suicide, every 40 seconds, someone commits suicide. In the United States, it is the tenth most common cause of death in people over 10 years of age, far more common than death by homicide. Nearly half a million Americans are taken to the hospital every year because of suicide attempts.

In 2017, a Harris Poll stated that a whopping 33 percent of people in America are happy. The more lonely people are, the more damage people do to themselves. For men and women in their thirties to fifties, the rate of suicide has increased nearly 50 percent over the last 15 years.

Even though that only 33 percent of people in America consider themselves “happy,” there will always be those certain people that are always filled with joy and bring happiness to people around them.

Marty Gaughan is one of the most lovable students at LHS and truly knows how to bring happiness to the people around him.

“Marty is one of the nicest and happiest guys I’ve ever met,” said Marty’s best friend, Tyler McNulty. “He’s friends with everyone, and just is an overall great person.”

With a smile on his face, Marty explains: “Especially in me, being happy gives people the confidence and hope to achieve anything that they want.”

Many people in today’s society take life for granted. For an individual, life may not be perfect in any shape or form, but having the ability to live life is the greatest aspect of this world. Happiness is not a mere luxury but rather the very essence of living. When the basis of joy is missing, life has no meaning. Having a bunch of things is not the key to true happiness. People have to learn to appreciate the things they have.

Evidently, you were born to be happy and being happy brings out the best in people. Happiness is a natural state, and, let’s face it, everyone feels good when they’re happy.

According to Dr. Derek Cox, a director of Public Health told BBC News that there may be something very powerful in well-being and happiness. “We’ve spent years saying that giving up smoking could be the single most important thing that we could do for the health of the nation,” Cox said, according to BBC. “And yet there is mounting evidence that happiness might be at least as powerful a predictor, if not a more powerful predictor than some of the other lifestyle factors. If you are happy you are likely in the future to have less in the way of physical illness than those who are unhappy.”

If Cox is correct Marty Gaughan has a long and healthy life ahead. “I love that I’m an outgoing person because I feel it only benefits me in succeeding in every way, whether it is in the classroom, on the field, or in my everyday life. I want to leave a positive lasting impression on everyone I come across,” he concluded.