The Madness Comes to a Close Following a Unique Tournament 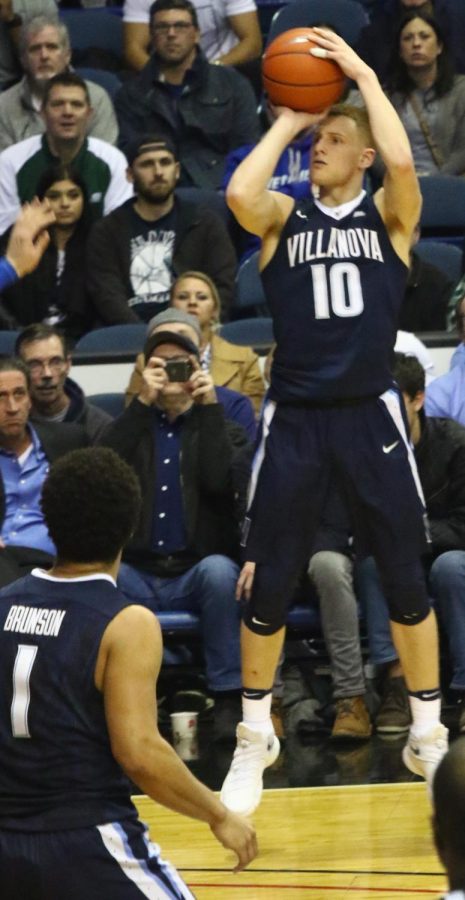 The one seed Villanova Wildcats faced off against the three seed Michigan Wolverines for the National Championship in one of the most anti-climactic games of the tournament. With around 6 minutes left in the first half, Villanova took a lead and never looked back as they cruised to a 79-62 win to cut down the nets for the second time in three years. Villanova is the first team since North Carolina in 2009 to win every NCAA tournament game by double digits.

Villanova dominated the stat sheet against Michigan, having a better field goal percentage, three-point percentage, free throw percentage, rebounds, assists, blocks, and less personal fouls. Michigan only shot 3/23 from the three-point line, which killed them, along with only shooting 61 percent from the free throw line. The Wolverines could not find their stroke the whole game.

However, the most surprising aspect of the game came off of Villanova’s bench. Sixth man Donte DiVincenzo, named Most Outstanding Player of the game and won Big East Sixth Man of The Year, he dropped 31 points in the National Championship, the most by a player coming off the bench in history of the title game.

This unexpected performance fits perfectly as this year’s tournament was overall, unexpected.

It started in the first round, when the UMBC Retrievers defeated the Virginia Cavaliers, who were recognized as the best team in college basketball for many weeks, 74-54. UMBC became the first 16 seed to beat a 1 seed in the history of the men’s tournament.

There were, of course, a couple cinderella teams that made a run as there are every year. This year, 11 seeds Loyola-Chicago Ramblers and Syracuse Orange both made their mark in the tournament. Syracuse, coming in as a play-in team and was opposed to being in the tournament in the first place, advanced all the way to the Sweet Sixteen before losing to Duke 69-65. The Ramblers managed to fight their way into the final four, making them the fourth 11th seed to do so in history. Their good luck charm, 98 year-old Sister Jean, became an international celebrity overnight and was the face of Loyola-Chicago throughout the tournament.

Nine seeds, Kansas State and Florida State also made a run as they pushed their way into the Elite Eight as cinderellas. The lower seeds may have taken over the earlier rounds, but in crunch time the top seeds prevailed as three out of four teams in the Final Four were a top three seed.

No one expected a 16 seed to ever win, or multiple 9 and 11 seeds to advance far in the tournament, Sister Jean to be known outside the Loyola campus, or a sixth man to stuff the stat sheet and take over in the biggest game of the year. March Madness 2018 was the year of the unexpected.