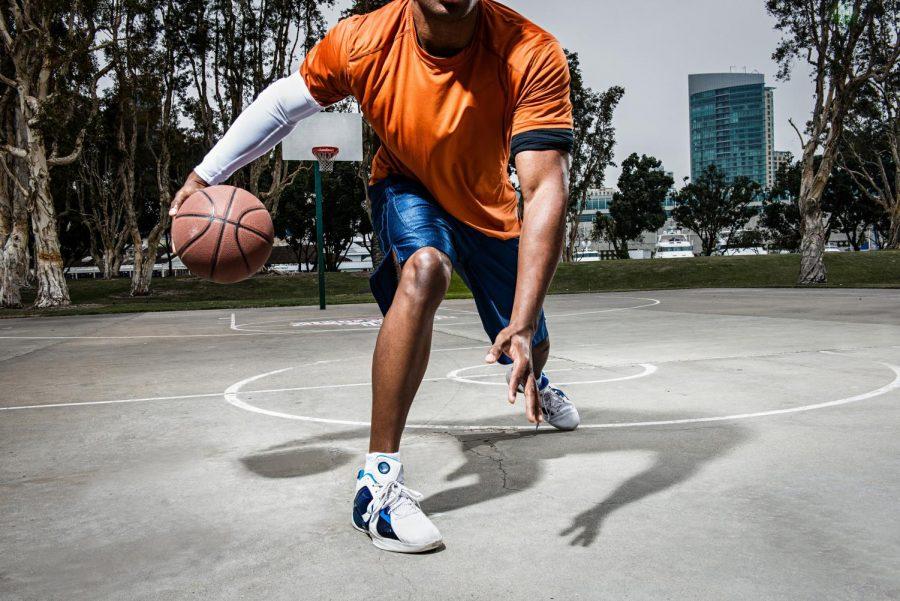 At the center of Parks & Rec (LPR) sports for teenagers is Junior League. It has been a long standing institution that always promises an exciting culture of friendly and fierce compeition. This year’s J league was especially interesting and competitive. Since we are heading into the playoffs, the only thing left to do is review the basektball season, from broken gyms to buzzer beaters.

J league was on the chopping block as of the beginning of this year. Last year, the league only had 18 to 25 people sign up, less than half of what you need to have a league. The LPR staff decided to change that this year. With the help of Director Alan Moreau and assistant Director Scott Winslow, the league has made a complete turnaround.

Signups increased from having 18 signups to over 70, and of those 70, about 60 completed the admissions process. “The League has had a complete turnaround since last year,” said Assistant Director Winslow. .

Those approximate 60 signups have turned into six teams and what has been one of J League’s most competitive seasons, though two teams have seemed to be at the top of the league. Coach Dalia Suslovich’s Manville Pride is one of those teams. They are currently 1-4, but their record does not reflect their skill. They have front court of three massive seniors, Garrett Doyle, Stephen Andrews and Dominic Cunha. The pride also has Octavio Britio, who propelled the pride to their first win by scoring 42 points, all on three-pointers.

The Lime Rockers, coached by Kate Swanson, have been plagued by injury and kids just not showing up. When their whole team is there, they are a force with a record of 3-3. Kyle Wilson is the young star of this team, but Carlin Aguiar and Marquise Mendes have both made the Lime Rockers upset favorite.

The 3-3 Ace, coached by Brandon Kelly, were originally picked to be in last place this year. Though Aiden Murtha has been a surprise this year and has been averaging about 22 points a game in these last 3 games. His front court buddy, AJ Bruscini, had been a defensive anchor for the team, and Jason Huang and Aiden Bridges have given the team great all-round guard play.

The next two teams are tied for first: the 146ers and the Wolf Pack. The Wolf Pack, coached by Tyler McNulty, is led by back court combo of Connor Benbenek and Anthony Gabriele, who both have the ability to drive and finish, as well as shoot three pointers. They also have a great front court that is bolstered by Matt Bishup and Dylan Balon. They currently sit at 5-1 in a tie with the 146ers.

I coach the 146ers which are built from the bottom up vs the top down like most teams in this league. Their front court is one of the best in the league. It features the dynamic brother duo of Zac and Nic Morin. They are sounded by young talented freshman guards that are getting better every day and have won their last match up with the Wolf Pack.

The best part about the J league playoffs is that the records really don’t matter anymore.

Any of these teams could beat the other on any given night. If anything, this league replicates the feeling of March Madness, but in April.

So for those teams at the bottom of the barrel right now, don’t fret. Just believe. Believe that your motley crew could be the next to hoist the plastic gold.