What the State of the Union Address Means 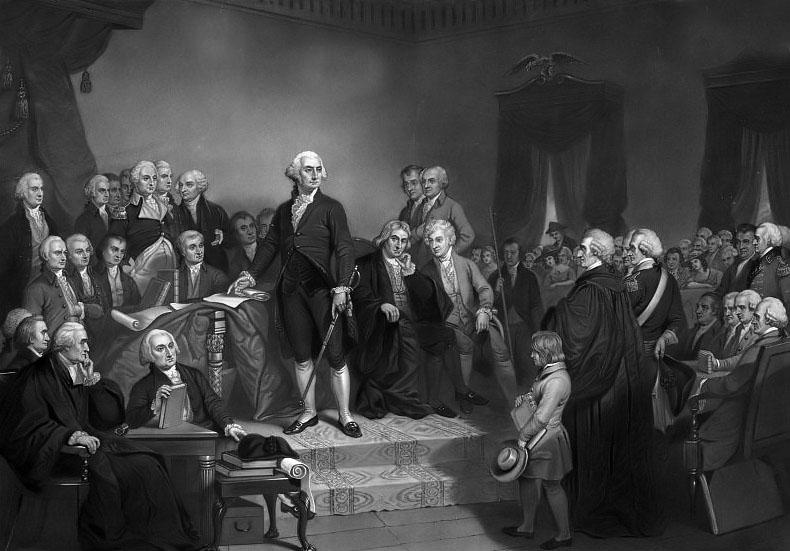 The State of the Union Address is nearly as old as the presidency. The first to give a state of the union — or annual message to a joint session of Congress, as it was called — was George Washington in 1790. It became an annual occurrence for presidents to deliver such a speech. It is actually written in Article II Section 3 of the Constitution that the seated president will “from time to time give to the Congress information of the state of the union.”

That particular part of the Constitution also notes that the president will “recommend to their consideration such measures as he shall judge necessary and expedient”.

Essentially, the State of the Union Address is a way for the president to be able to communicate how they see the current state of the country and voice solutions for how they feel issues should be resolved.

While the first State of the Union Address was only a collection of seven pages delivered privately to congress, over the years it became a more formal public event, and more accessible thanks to television. On average, an address runs about an hour. Trump’s speech, in particular was an hour and 20 minutes long, making it the second longest address given in the last 52 years, with the longest being Bill Clinton’s in 2000 which was about one hour and 28 minutes.

Despite criticisms from both extremities, right and left, one might observe that Trump’s speech on January 30 was fairly typical in terms of content and tone. In fact one of his first implorations was to “call upon on all of us to set aside our differences, to seek out common ground, and to summon the unity we need to deliver for the people”

Unity is a very typical sentiment expressed in these speeches, as it should be. It especially seems to be an important idea to express in the current political landscape of America which is clearly very divided. However, despite the fact that the sentiment was expressed, many of the comments made by the president were seen as controversial and divisive.

A lot of what Trump said was seen as self-indulging. There were a lot of compliments which he delivered to himself and his administration. In his defense, this isn’t unusual either. Like Governor Gina Raimondo’s State of the State Address here in Rhode Island, like other governors, mayors and leaders delivery such addresses to their prospective legislative branches, The State of the Union address is seen by many to be positive propaganda for the executive in charge. Additionally, for the most part, what the president said was at least partly true.

While that statement is true, the trend of lowering African-American and Hispanic-American has been going on since the Obama administration. Oil industry booms and stock-market prices rising are also things which Trump takes credit for, but which can largely be traced back to the Obama Administration. Again, this is not unusual for a new administration. Many reap the rewards, and suffer the blame, of the work of those who came before them.

Trump also called upon Congress to move forward on many initiatives introduced during his campaign. This primarily includes tax cuts and foreign relation deals, and his ever-persistent desire to renegotiate the Iran Nuclear Deal.

He also announced his legislation aimed at keeping Guantanamo, the American prison located in Cuba, open, keeping the current population of prisoners, now numbering only 41. This comes out of the fear that convicted terrorists will only return to terrorism should they be set free. Obama’s took equally controversial measures to attempt to close down the overseas prison.

However, that deal is a perfect representation of what the State of the Union Address really is. It is not a time to make progress, nor is it a time to sign bills. It is a time for the president to address the nation’s progress and the measures that need to be done.

At the end of the day the State of the Union Address is, on an institutional level, nothing more than a way for the president to speak out his opinion current position the country is in.