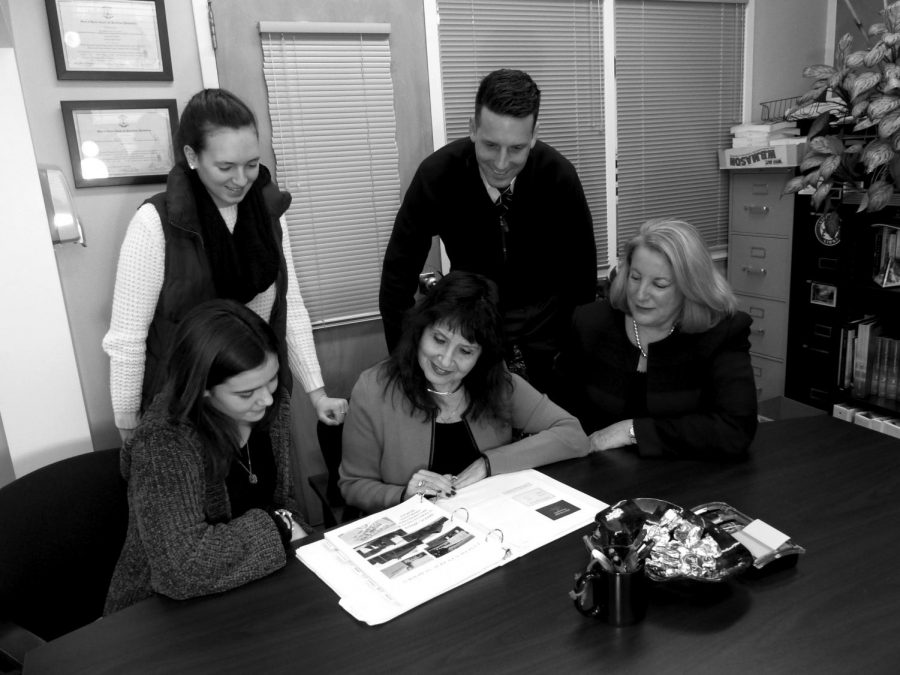 It is with an immense feeling of gratitude and love that this community will bid Superintendent Georgia Fortunato farewell when she retires at the end of the school year in June 2018. After a thirty-seven-year career with Lincoln Public Schools, with eleven as the school department’s top administrator, Mrs. Fortunato will close a chapter in the town and schools’ history. Known for her kind heart and determination to manage the best education system for the town of Lincoln, Mrs. Fortunato surprised students and teachers at LHS with her announcement at the January 8 Lincoln School Committee meeting.

Fortunato entered Lincoln public schools as a long-term substitute, eventually leading to her position as a teacher and superintendent. It was her passion and sincerity that made her so admired and loved by her students and coworkers.

In a recent interview in her office at the administration building on Lonsdale Avenue, Mrs. Fortunato’s face lit up with a sense of gratitude when asked to share her experiences.

“My tenure started in Lincoln in 1982,” she said, when “I started as a special ed teacher at Lonsdale Elementary.” In 1984 Lincoln High School became her home as she became a resource teacher, remaining there for twenty years. “I was team teaching with Mac (Principal Kevin McNamara) in 2000 before promoted to the first ever [Special Education] department head at LHS,” which she did for “only three weeks,” when she was then promoted to Director of Student Services and Personnel. And on one “fateful day in 2006, I got a call telling me that the Lincoln School Committee wanted me as superintendent.”

The 2006 School Committee was willing to wait for her to finish her core study at Providence College. Her role as Lincoln Superintendent officially began on June 1, 2007. And she’s been there ever since.

A great smile overcame Mrs. Fortunato’s face as she discussed all of her proudest moments in our school district.

When asked for her favorite memory, she responded, “At graduation, I get to see all the students’ end mark. I have known them since the beginning of their time in school and it brings it to a complete circle. It makes it all worthwhile seeing their last march.”

Mrs. Fortunato lists getting to know the kids and an amazing support staff among her greatest accomplishments. “This is what a superintendent should do,” she said.

“It makes me feel good that I did the right thing to be visible and known. We have come a long way. We transformed LHS to be a top school in our state. Our elementary schools have made great changes and progress.”

As we all could imagine, her retirement will allow her time to pursue her passions, and also to relax.

Mrs. Fortunato talks about her future plans with great excitement, “This summer I will be at the beach. I will be traveling while visiting my daughter in New York. I am looking forward to just enjoying some down-time.”

Mrs. Fortunato emphasized that “Lincoln will always be in my heart,” and she offered a bit of parting advice to all of our town’s students: “Never give up. And realize that when you work hard, you will achieve your goals. Most importantly, don’t lose the moral compass. Always do what is right.”

Mrs. Fortunato described her retirement to be exciting, but bittersweet.

With a spark of hope and excitement in her eyes, she said, “New adventures lie ahead. This has been my home and job in Lincoln Public Schools. I leave excited, yet sad.”

Lincoln doesn’t “have waterfront property, fine dining, or shopping,” she added, “yet people come for the schools.”

Her many years of hard work have had an undeniable impact on the district.