Swim is not an easy sport 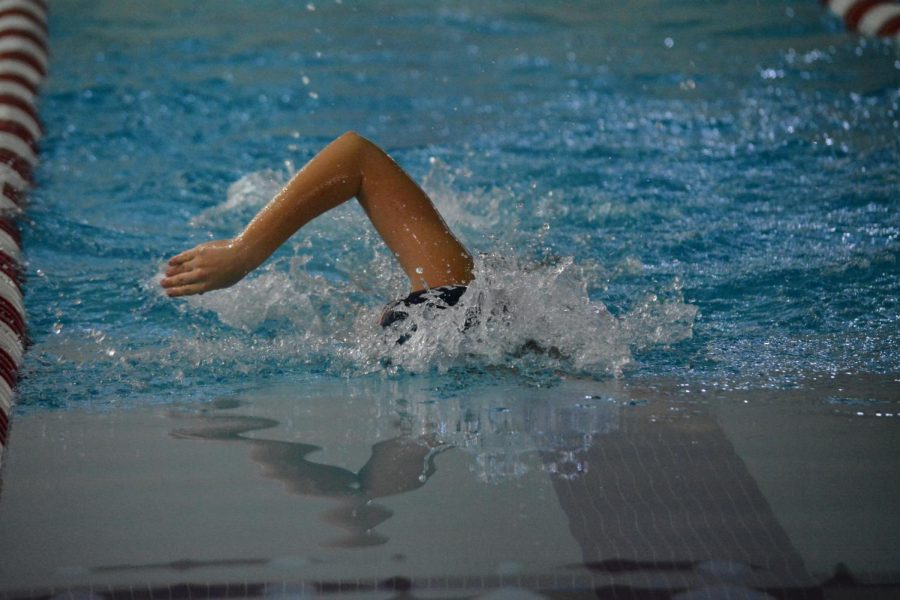 Even though there isn’t a pool on the roof, there is still a swim team at Lincoln High School. The silent yet mighty team is starting strong this season, they had their first meet of the season against the Wheeler School on Thursday, December 14. Both teams claimed victory, the boys with a score of 56-38, the girls with a score of 52-40.

The captains of this season’s team are seniors Natalie Westrick and Ryan Fleming, and juniors Jack Charbonneau and Lily Jacobson. Each are very experienced swimmers and love to help others perfect the sport to the best of their ability.

Swimming is not an easy sport, however, many think that it is simple and easy to dive into. If you watch the Olympics, it seems easy and graceful, but when you try to swim in a race it is a true mental and physical battle. This may be the one sport where you are taught to not breathe as much as possible. The technique that swimming requires takes a lot of training and years of technique. Natalie Westrick explains that her favorite part about swimming is that it is an “individual sport” combined with the team aspect through “training with other people not just for yourself, but for the team.”

The boys team is a division three team, mostly due to their size in recent years, which provides them with a big advantage when competing. The girls team is at the top of division two, proving a large test of skill and camaraderie. Despite being in different divisions the teams practice together and have joined meets, bringing an extra challenge upon the boys by competing against division two teams.

Vice Principal, Dr. Laliberte is an avid supporter of the school swim team and urges students to go to a meet in order “to cheer people on who are always striving for their personal best.” Do not be afraid to go to at least one swim meet. They’re free, and if you do not know what is going on, do not be afraid to ask the other people around you! Swim meets are lively and supportive just as the team is to each other.