RI Opioid Crisis One Of The Worst In The Nation 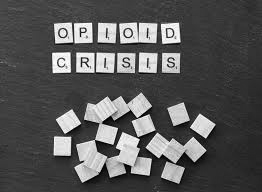 Rhode Island is in no way number one when it comes to size. However, one thing that Rhode Island does rank very high in is drug abuse in America.

The state ranks as one of the highest when it comes to overdose deaths. In 2010 there were 153 deaths relating to overdosing on drugs, prescription and illegal. That number increased by over 100 percent in 2016, resulting in 336 deaths by overdose. The numbers of 2017 are projected to show an increase however, it will take a while for the actual number to come out because it takes about 3 months for a death to be confirmed as caused by an overdose.

However, the numbers from the Rhode Island Department of Health (RIDOH), which are based up to June 2017 , tell that there have been a total of 152 deaths.

It should be noted that this issue is one which occurs statewide. Over the past three years there has not been a single town in Rhode Island that did not suffer at least one death due to overdosing on drugs. Lincoln has experienced six since 2014. Providence experienced the most deaths with 269, followed by Pawtucket with 82, Warwick with 80, Woonsocket with 72 and, to round off the top 5, Cranston with 46 deaths. Woonsocket also has the highest rate of overdose deaths with almost 50 in every 100,000 people dying from such a cause.

With those numbers as a whole, Rhode Island ranks highest in overall drug abuse rates. It also ranks first in marijuana abuse rates. Marijuana is a bit of a different issue however, mainly because there have been zero overdoses which have occurred because of the drug. Usually the deaths caused by overdoses have been the abuse of opioids, however, some less common cases of street drugs like cocaine leading to overdoses have been reported in Rhode Island over the recent years.

Opioids come in many forms and can be both prescribed and illicit. An opioid is any drug which binds to receptors in your brain in order to inhibit your ability to feel pain. They are prescribed to patients by medical professionals for that very reason. However, when they are used in a way that is illegal or not prescribed, they lead to addiction. This addiction leads to withdrawal effects, symptoms an addict gets when they haven’t had the drug in their system for a period of time. These effects include anxiety, irritability, and muscle pain. Death can also occur when someone overdoses on opioids.

While opioids are very useful to help with the recovery of patients, forms of them, both illegally manufactured and prescription forms, end up getting into the street and are sold in the drug trade. While prescription drugs are a big contributor to addiction and death, regulation has led to those numbers decreasing. What is on the rise is the use of illicit opioids. These drugs include Fentanyl and Heroin. Both are illegal opioids which have been exposed to the streets and both are rising in use. These drugs are both opioids, but they are tens of times stronger than drugs like morphine or oxycodein which are typical examples of what a hospital or doctor will give to you. .

The lethal dose of morphine is considered to be about 200 mg. The lowest reported lethal doses of heroin average at about 75 mg. A lethal dosage for fentanyl however, is only about 2 mg. Even if the metric unit of milligrams is hard to imagine, it is clear to see that the these street drugs are very dangerous for people to be trying.

That statement is especially true with fentanyl, which has been responsible for over 50 percent of overdose deaths in Rhode Island since 2015. As stated earlier, these numbers have only been on the rise in Rhode Island, and elsewhere in the country as illicit drugs begin to decrease in price due to them becoming more common.

If this is a nationwide problem then why is Rhode Island so high in drug abuse rates? And it’s not just opioids, marijuana abuse in the country is also reported to be the highest in Rhode Island. Although marijuana overdose has never reported to lead to death, it is considered to be an illegal drug in Rhode Island. That means that the rate of abuse is higher than a state like Colorado, where it is legalized.

It is unclear to experts as to why these numbers are so high in Rhode Island. It is largely believed that it is because of Rhode Island’s very dense population. Additionally, Rhode Island does not benefit from large rural areas which bring down the statewide average, much like Colorado has. Rural areas not only have less people but are also less likely to have drugs be available for them to buy.

To put this into perspective, Colorado has an average of about 50 people per square mile. Rhode Island on the other hand has about 1,000 people per square acre. Denser populations are simply more likely to be exposed to drugs, a dealer of drugs in a dense population simply has an easier time selling drugs because there are more people to get the drugs to.

Illicit drug use in Rhode Island, Just like anywhere in the world, is largely considered to be an epidemic, especially where opioids are concerned. However, the numbers themselves are not so much an abnormality or sign that Rhode Island is far worse in drug use. What they do show is the idea that dense populations lend themselves to higher rates of drug use.