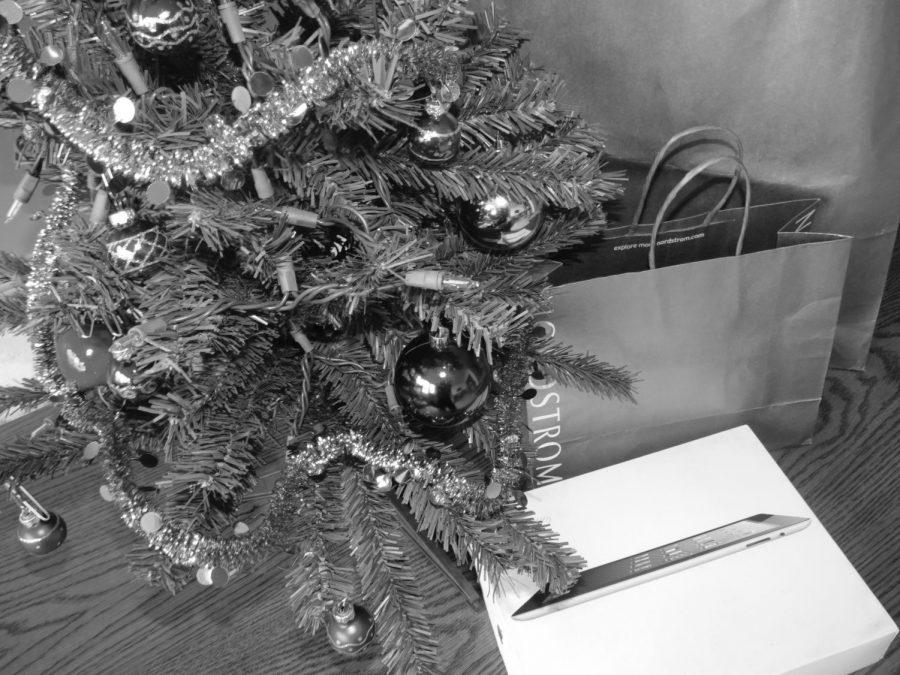 You’re walking down the aisles of your local Target at 9 p.m. on a Tuesday. The fluorescence of the overhead lights washes over you from above, giving both yourself and your carriage full of commodities a sickly glow.

You had originally set out on this excursion to purchase a glue stick that you need for your Spanish project that is due first period tomorrow morning. However, as you approach the line for the checkout area, you realize that your carriage has become a dumping ground for a plethora of miscellaneous items, including, but not limited to, the Camp Rock soundtrack.

As you begin to place your items on the conveyor belt beneath the judgeful gaze of the cashier, you begin to wonder how it all came to this. How did your simple mission to buy a single glue stick transform into you making the walk of shame in the middle of the Target Parking lot?

Americans today are buying more than ever before. Homes are filled with an endless litany of possessions. From flat screen tvs and cellphones, to microwave ovens and throw pillows, the average American household is brimming with — and there is no better way to put it — stuff.

This evolution owes much to the ever changing consumer culture of America. It all started with the creation and popularization of mass production, allowing manufacturers to produce goods at an alarmingly fast rate for an even lesser cost. Then came the introduction of the credit card. Suddenly, Americans had the ability to purchase more than they could previously dream of, slowly sinking themselves into debt.

Transformations and advances such as these that have taken place over the years have culminated in the consumer culture we know today. Presently, all you need is internet access in order to have an entire world of online shopping right at your fingertips. It would certainly be a challenge to find something that is not able to be purchased via the internet, especially with platforms such as Amazon that are so easily accessible to anyone and everyone. Gone are the days when Americans had to put the extra effort of actually getting off the couch in order to satisfy their consumer needs. The growing influence of advertising in America’s culture is also a major contributor. Advertisements encouraging people to buy more are everywhere. They can be found on billboards as you cruise down the highway, in between jams on your favorite radio station, commercial breaks during your latest television obsession, and sprinkled anywhere and everywhere on the internet. Nowadays you can even find advertising in odd places such as bathroom stalls and, for some reason, eggs. Being constantly surrounded by ads telling you that you absolutely NEED this product and that, it is understandable that many of us are purchasing things that are actually quite unnecessary.

Although the consumer culture of America is definitely at fault for this seemingly endless thirst for more, it is not the only culprit. In fact, much of the blame can be placed on us ourselves. According to the American Psychological Association, much of our spending can be attributed to a lack of willpower and self control. While the neverending stream of advertisements and societal expectations are certainly suffocating, the fact is that they cannot actually force us to buy anything. Instead, it is up to us to give into the voices in our own head telling us that yes, we definitely do need that Snuggie.

According to the Huffington Post, another reason why you may continuously purchase things you do not need is a deep desire to impress those around you and, as a result, make yourself feel better about where you stand. We often perceive people who have more material possessions as living a more successful life and being superior to us in general. Because of this, we tend to buy as much as we are capable of so that then people can look at us and think, “Wow, that person is doing something right. Look at how much stuff they have!”

Essentially, the only reason you actually bought that full length body pillow of Ryan Gosling is to entertain your insecurities and make yourself look more put together.

Perhaps one of the most influential reasons why people tend to spend a lot of money on things they do not necessarily need or maybe even want is because they believe that it will make them happier. Research reported by the American Psychological Association suggests that although people today own much more than those who lived in the 1950’s, they are not any happier. In fact, research shows that people today are at a much greater risk for depression and other disorders.

It has also been found that people who put a lesser value on affluence and consumption are often much more satisfied with their lives than those who are constantly chasing after wealth and the acquisition of ‘more’.

We live in a society that promotes the idea that “more is better” and places a high value on financial success. This pressure combined with the overabundance of advertising and our personal insecurities all add up to the perfect recipe for debt with a side of a dissatisfaction.

So the next time that you are walking down the aisles of Target or scrolling through the digital aisles of Amazon, try to remind yourself that although you may think you want yet another mug with a quirky saying on it, you most likely don’t need it.