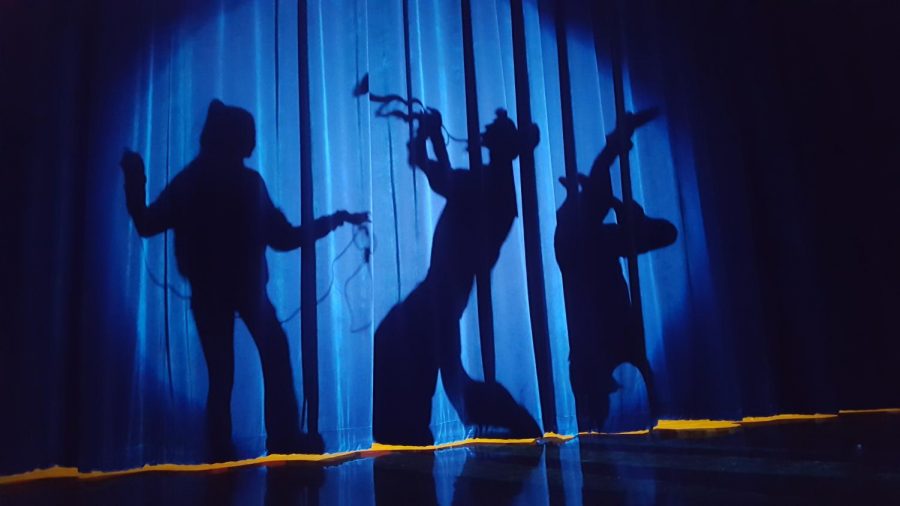 It’s not really November until the buzz around Variety Show starts to dominate discussion. This year is no different. The directors for the 52nd Variety Show have been chosen, and the level of excitement has started to intensify as they are preparing to produce another phenomenal spring performance. Directors include a mix of juniors and seniors who are highly qualified in each aspect of their jobs and are prepared for the hard work to come.

Leading the cast as Directors of Show are Daniel Hasegawa and Jordan Souza, with Souza also choreographing Girls Chorus Line. Both Hasegawa and Souza have wanted to be in this position for a while. “I’ve wanted to be director of show since I was in 7th grade, so it really is a dream come true,” Hasegawa said.

Souza also sees this a dream come true stating, “I saw my first Variety Show in 8th grade. After the opener, the directors were introduced and a girl named Nicole was introduced as the Director of Show, and then Jordan Hamilton was introduced as Assistant Director of Show, and I told myself that that was going to be me someday.” At press time, directors and choreographers, as well as emcees, have begun the epic process of preparing for another colorful show of comedy, music, and dance. Photo illustration by Hannah Leopold-Brandt. The Comedy Ensemble will be led by the comical duo of Mary Lind and Zachary Heineman. Two-time Comedy director Lind is happy to begin again.

“I am most excited to work with my boy Zach and all the other directors to make some funny and bizarre comedy skits that help make the 52nd Variety Show better than all the others,” Lind said. “Also I’m excited to become friends with and mother my ensemble.”

Heineman is proud to follow in the footsteps of his older brother, Luke. “Ever since I saw my first Variety Show, which must’ve been about 8 years ago, I knew that it was something I wanted to be a part of,” Heineman said. “Seeing my siblings and their friends make people laugh and have a good time made me want to do that.”

The Music Ensemble will be led by Ethan Williams and Ella Heal. Williams found his home here in Variety Show stating, “I made many bonds last year in Variety Show, and it was easily the best thing I’ve done in high school. I wanted to help other people feel the togetherness I felt last year and become a bigger part of it.”

The backstage crew will be directed by Amanda Ryan and Olivia Sales. Directing backstage for the second year in a row, Ryan is ready to go. “It feels significantly less scary,” said Ryan. “I have the advantage of going in knowing specifically what works and what doesn’t work for me as a director, so I will be better able to execute my portion of the show my second time around.”

Alexa Labossiere and Michael Brassard will be directing the Tech crew, and Labossiere agrees with Ryan. “I’m excited, and I think going in I’m less intimidated by the idea [of directing],” she said. “I kind of know what’s going on, so I can fix my mistakes from last year a do a better job.”