Is the Pats’ QB problem solved? 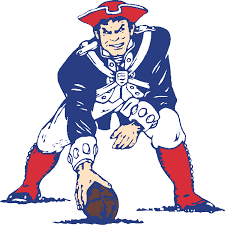 For the past two decades the New England Patriots have had no question at the quarterback position. The last two seasons they have had anything but a sure starter. Last year, former league MVP Cam Newton was signed to the team, and though it seemed his play was on the decline, the excitement for Tom Brady’s replacement was high. He started out the season strong. That was until he tested positive for Covid-19, and from there on out, he could not find his groove, finishing the season with more interceptions than touchdowns. For the first time since 2008, the Patriots missed the playoffs. Despite his shaky 2020 campaign, Newton was brought back for another year.  The only difference was this year he faced competition in rookie Mac Jones.

Jones was hot, coming off a National championship team at Alabama. Mac and company, along with head coach Nick Saban, led the program to it’s 18th national championship. With experience coaching with Bill Belicheck, Saban made sure that Jones would be ready for the big stage. Mac was put into a situation where he was already comfortable in the season, making the competition that much closer.

Throughout training camp, it was reiterated multiple times that Cam Newton was the starting quarterback. By the time the first preseason game came around it was still believed that Cam would be the starter. However, Mac Jones was reportedly looking better and better each day at practice, and was becoming a threat to Newton’s starting job. The first two preseason games were started by Cam Newton, and Mac Jones came in near the end of the first quarter. They both looked pretty good but it was still uncertain who would start.

This was until Covid once again played a role in the QB situation for New England. Cam Newton broke protocols and had to quarantine, leaving Mac Jones as the starter. In practice he looked like an All-Pro vet who had been in the league for years, shredding defenses left and right. The third and final preseason game was started by Mac Jones. He won the game and looked good in it too. His poise in the pocket and awareness seemed to put him miles ahead of most other rookie quarterbacks. He finished the Pre-season ranked as the best rookie Quarterback by Pro Football Focus.

Not long after this game, to the surprise of many fans across the league, Cam Newton was released by the Patriots. Many were shocked by this move, considering that the only time in this era that the Patriots have started a rookie Quarterback was when Tom Brady was suspended four games and his Backup Jimmy Garapolo was injured. This time was different, the Patriots had a choice.
Thus far, he has played five games in the NFL, and already has thrown for 1,243 yards, and five touchdowns. After two decades of success with Tom Brady, it seems that the Patriots may have finally found his successor.