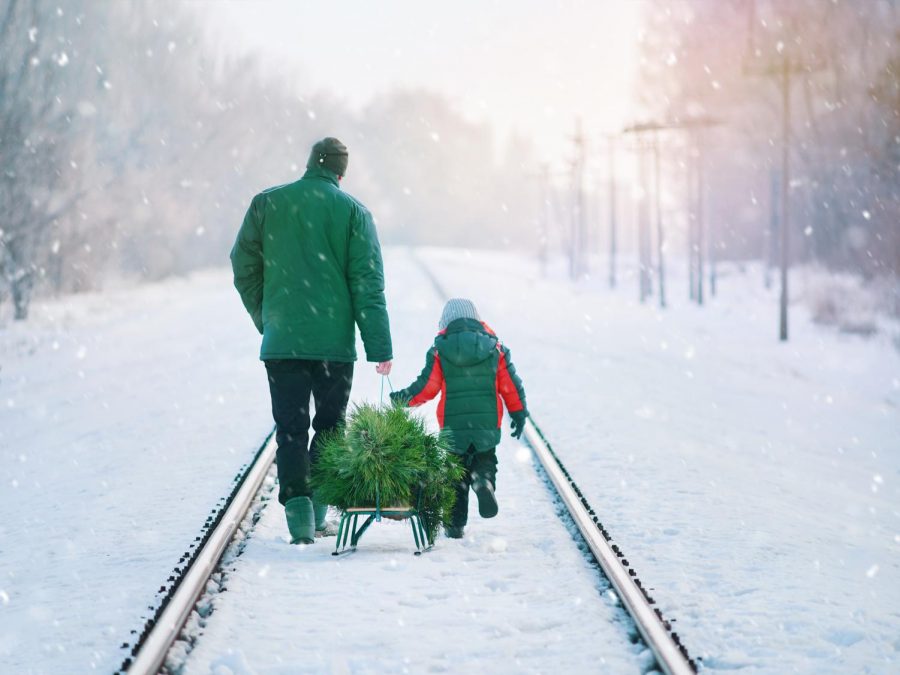 New England winters are notorious for their relentless snowfall and brutal, frigid temperatures. This year, however, New Englanders barely got a taste of what a usual winter looks like. With only under 15 inches of snow, compared to the average 60 to 120 inches, many New Englanders are beginning to wonder where our winter has been. The month of January alone has been recorded as the third warmest month of January in New England History. The usual temperatures throughout the past two months of winter have been mainly in the 40s and 50s, a shock for New Englanders who are used to not being able to leave their houses in the middle of winter without layers upon layers of wool and down. Even outside of the Northeast, states throughout the country have experienced temperatures above the average this winter. This has caused many to question where our beloved winter has gone. Meteorologists have offered one possible explanation for this unusual season. The zone of cold air surrounding the North Pole- the polar vortex- has been unusually intense, meaning the coldest air has been bottled up in the Arctic. This vortex would have to weaken up to allow for air from the Arctic to plummet south, which has not happened yet this year. Another more commonly known explanation is the threat of global warming. Many are aware of the process in which greenhouse gases raise temperatures and transform ecosystems, but this process may be more apparent than ever this winter. The International Panel on Climate Change reports that global temperatures have been 1.8 to 5.4 degrees higher than they were in 1990. This number may not seem like a lot, but combined with the power of our strong polar vortex, winters are more dramatic than ever as a result. Although there is always hope for a late winter, it seems as if spring has interrupted winter and stepped into our lives a bit earlier.. Although there is no way to prove that this unusual winter was solely the result of global warming, it’s always a good idea to take action to help our planet. Actions as simple as recycling, picking up trash, carpooling, using less plastic, and conserving electricity can add up to ultimately help our Earth out of danger. Temperatures around the Earth are only expected to increase, meaning we must take action for our future generations.