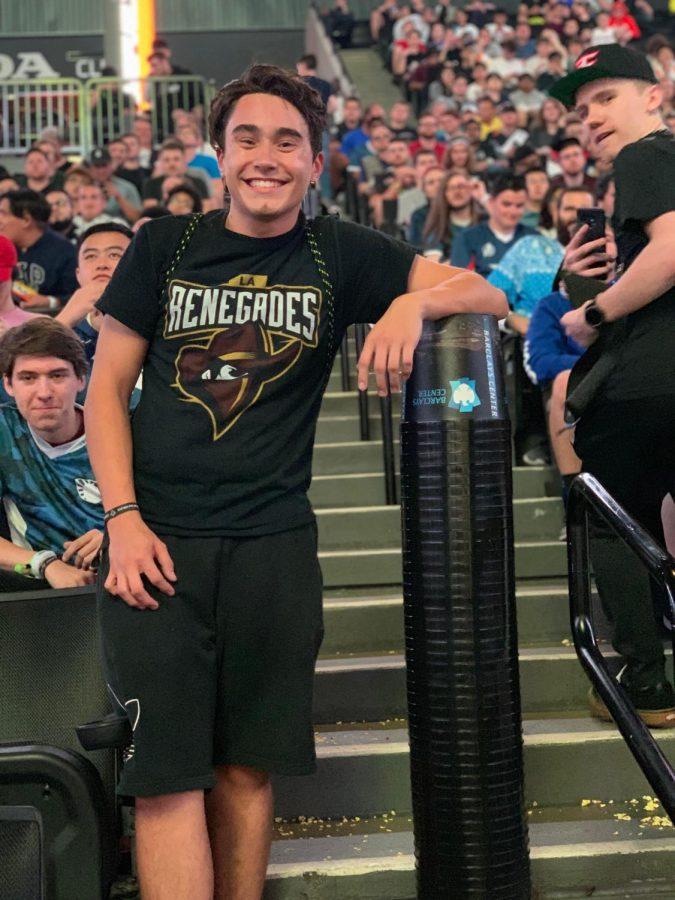 History was made twice the weekend of September 28th when an all new remake of the classic de_cache was revealed on stage at ESL One New York 2019, and the North American E-Sports team Evil Geniuses was the first NA team to win an NA major, winning against the European team Astralis 3 to 1. The competition in New York last weekend is just one competition of many provided by ESL and companies like ESL, including DreamHack and Intel, that organise the competitive playing of video games. Overwatch, Counter Strike, DOTA 2 and Fortnite all have their own E-Sports (electronic sports) leagues, and last weekend this was one event for Counter Strike:Global Offensive. 8 teams rose to the stage after qualifying for a chance at the $500,000 prize pool: Astralis, Europe; Liquid, North America; ENCE, Europe; E-United, North America; G2 Esports, Europe; Evil Geniuses, North America; FaZe Clan, Europe; and OpTic Gaming, Europe. Through the course of two days, legends fell as two teams rose to compete in the Grand Final Sunday: Astralis and Evil Geniuses. Crushing Astralis in the first map, Inferno, Evil Geniuses continue their reign on a tough 12:16 in Dust 2. Astralis wins an overtime match on Train 22:20, but Evil Geniuses close out the competition with a 8:16 on Nuke, winning the tournament. The Evil Geniuses Brehze, stanislaw, tarik, Ethan, and CeRq taking their trophy. From Evil Geniuses Twitter @EvilGeniuses More events went on besides the tournament too, including the first showing of the new de_cache made by Volcano and FMPONE while onstage before the grand final Sunday. Revisions of the map were made to make it brighter, more detailed, and a better place to play. Some call the recent map revisions “bringing the game up to modern standards.” Gameplay changes are also massive in revised maps including new grenade throws on Dust 2, and taking out catwalk on Nuke. Cache has notable game-changing new aspects, including two new camping spots on bombsite B (one on top of a lamp), a spectacular grenade throw on bombsite A by car, and a new window to peek through mid with at Z. The map got a total facelift as well, styling custom assets into the game and using stained glass windows, open air designs, and bright colours. Both bombsites have new custom assets, B containing a Soviet Insignia on the wall, and A with a red military truck replacing container. On B, the S1mple graffiti was removed, much to the dismay and outrage of players. No comment yet from either creator on whether the graffiti will be re-added. Changes to bombsite A include a red military truck replacing container. Off-camera, more happened at the event. “Buckethead” was a member of the crowd who encouraged people to stack buckets on his head as a sign of luck. Donny “Buckethead” Higgins eventually got up to over 60 buckets stacked on his head at one time. Donny “Buckethead” Higgins at the main event. Picture courtesy of Buckethead himself. After the tournament, Valve took to handling new laws in Europe, or more specifically France, on online gambling. They introduced a new item this week called the “X-Ray Scanner,” which you could have bought alongside a P250 | X-Ray, which has since been discontinued and those bought before this new update have been upgraded to “Genuine” quality, such as pins. With this new update to the “X-Ray Scanner,” all players can buy a P250 | X-Ray in random quality and Stattrak* chances. Only the X-Ray scanner can be used in France, and all boxes cost the same as a key, around $2.49. This way, Valve loses no money on the free case people in France can access. The X-Ray scanner works by scanning one case to reveal its contents. You must buy the key for the case before you can use the X-Ray scanner on another case to prevent exploits. Critics of this update argue that a major exploit could be discovered, leading to a massive crash of CS:GO items just like the case exploit that caused havoc for Team Fortress 2 no more than a few months ago. There is major controversy even without critics about this update too, including the lack of information Valve provides around case chances. The update shows that items are either pre-determined per drop and contain strings of numbers called “seeds” to determine what you collect from those cases, or the “seed” is generated for the item you receive the second you click “Open Case” or “Scan With X-Ray Scanner.”