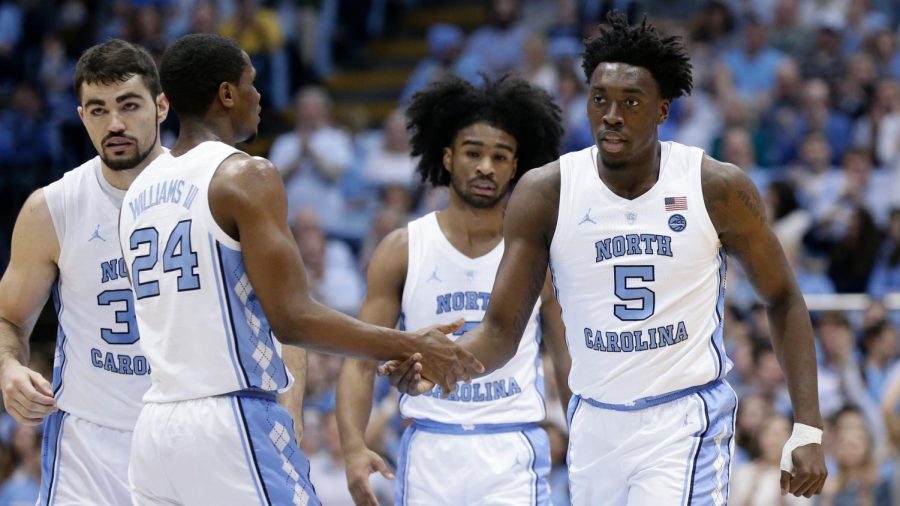 Over in the South and Midwest Regions, four games will be played in the Sweet Sixteen. This side of the bracket had two upsets, Oregon and Auburn being the victors. This side of the bracket has been the most exciting so far, and likely for the rest of the tournament too. With these matchups, there are some teams that could be upset. The first matchup of the South Region will be a very competitive game. Tennessee and Purdue are both teams who have struggled this year but are very talented. Tennessee has a more talented team, they have great players in all five positions. They also have the best player, Grant Williams, and the best coach, Rick Barnes. Purdue is also very talented,running a unique style offense. However, it’s questionable going against Tennessee’s outstanding defense. Carsen Edwards, Perdue’s star guard, will look to help Purdue pull off the upset but it will be difficult. Purdue will give Tennessee trouble and overall a wake-up call, but Tennessee is more talented and will get the job done to reach the Elite Eight for the first time since 2010. The next matchup will be in the South Region. The twelve-seeded Oregon will take on the number-one seeded Virginia. This game looks like it will be a blowout, but Oregon has shown to be very good in the tournament so far even without their star center Bol Bol. Virginia has struggled early in the tournament but has made their way to the Sweet Sixteen. They are very talented and play great defense. Most nights, they shoot the lights out. Oregon will make the game great but it will be tough to pull off an upset unless Virginia has a poor shooting night. The third matchup on the right side of the bracket will be in the Midwest Region. The number-one seeded North Carolina will take on the number-five seeded Auburn. After North Carolina advanced to the Sweet Sixteen, Charles Barkley was asked what he thinks about the matchup of his Auburn Tigers and North Carolina. He said, “It is a great opportunity for the players and it is the best thing you could ask for, to play against North Carolina in the Sweet Sixteen.” Auburn has been on fire throughout the entire tournament and will continue to fight hard. But it will tough to beat the very talented North Carolina Tar Heels. North Carolina will come into this game with the right mindset, led by head coach Roy Williams, and will play great to send them to the Elite Eight after a poor performance in the 2018 tournament. The final matchup in the Sweet Sixteen will be the two-seeded Kentucky and the three-seeded Houston. Houston has had a great year claiming their greatest record in the history of the university. They have played great so far, outscoring each team they have played and playing decent defense. They will fight hard to continue this great season but it will be tough facing the highly talented Kentucky Wildcats. Kentucky has also had a great season, playing great in the first and second rounds without their best player P.J. Washington. He will be playing in this game and looks to give Kentucky the victory. This should be a good test for Kentucky and will be a slightly close game, but Kentucky with P.J. Washington are just too great to lose to. Kentucky will most likely head to the Elite Eight. These two regions will be erratic, but the best teams will show who they are heading into the Elite Eight. These matchups will also show the bigger picture of the better teams who will make it far into the tournament and reach the Final Four.