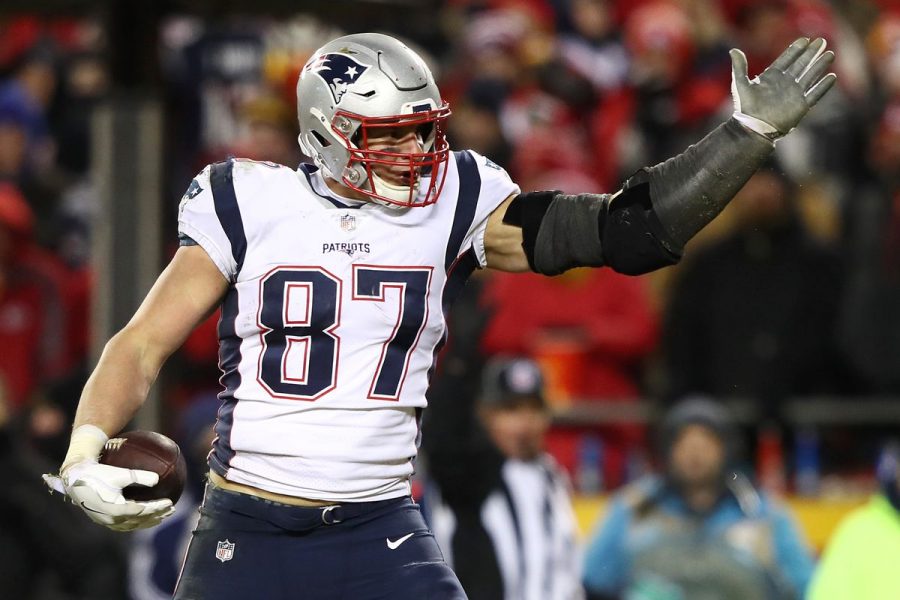 Rob Gronkowski, the iconic New-England Patriot tight-end from Arizona, has been an asset to the Patriots ever since he was selected by the New England Patriots in Round 2 of the 2010 draft as a junior in college, being Pick Number 42. But on March 24th, the star Patriot announced his retirement from the game. He took to his Instagram account to announce the news, writing “I will be retiring from the game of football today. I am so grateful for the opportunity that Mr. Kraft and Coach Belichick gave to me when drafting my silliness in 2010. My life experiences over the last 9 years have been amazing both on and off the field…But now it’s time to move forward and move forward with a big smile knowing that the New England Patriots Organization, Pats Nation, and all my fans will be truly a big part of my heart for rest of my life.” Looking back, however, his final catch changed the game for the Patriots during the most recent Super Bowl. Because of this catch, he now has two Superbowl rings. He has been nominated to the Pro-Bowl 5 times. He has had a total 596 receptions in his career while also winning various other NFL awards such as Best Comeback Athlete ESPY Award in 2015, Pepsi NFL Rookie of the Week in 2014, NFL Honors- AP Comeback Player of the Year in 2015, and AP NFL All-Pro First Team- Offense in 2017. Upon announcing his retirement, support and well wishes flooded in. On Twitter, Barstool Sports posted a video of Gronk’s last catch captioned, “The last catch of Gronk’s career. Went out how he came in: completely uncoverable.” while NFL on ESPN tweeted “Gronk has a resume fit for Canton.” Patriot Nation mourns. As a final note, Gronk thanked everyone who has been there for him, his current and past teammates, and the entirety of Pats Nation. “Cheers to all who have been part of this journey, cheers to the past for the incredible memories, and a HUGE cheers to the uncertain of what’s next.”