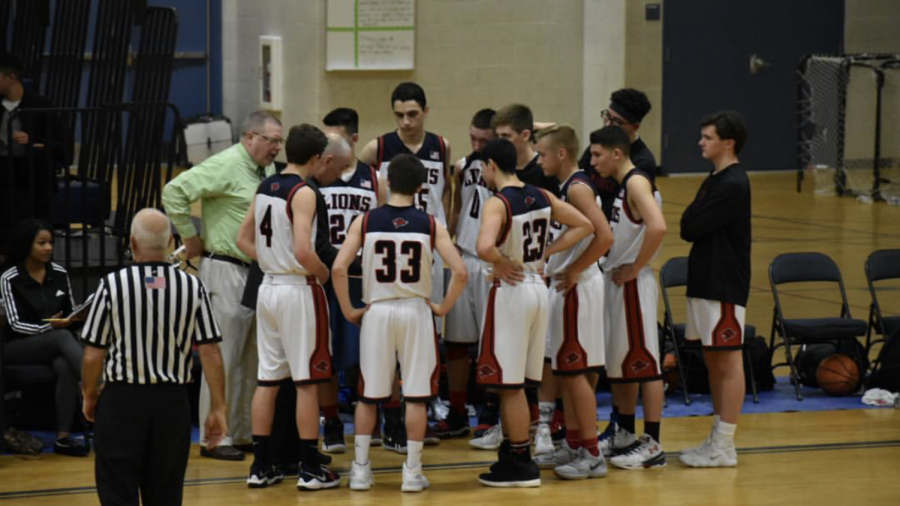 On February 14th, 2019, controversy struck for the Lincoln Boys Basketball team. Senior Tyler McNulty had been ejected from the game at Mount Saint Charles. This had gotten Tyler suspended for the final two games of the regular season, as well as sophomore Octavio Brito. This came at the worst possible time. That following Tuesday, Lincoln went up against saint Patricks at home, which was the Lincoln Boy’s senior night. Not only could Tyler not play, but he also could not show up to the senior gym. On top of all that, his name was not even announced when the rest of the seniors were introduced. This obviously struck a nerve in not only Tyler, but the teammates and fans. The final regular season game could not have gone any worse. The final home game of the season meant that it was the final home game of all the seniors high school careers. Tyler McNulty was still facing a suspension and did not get to participate in the game against Rogers. During the game, junior guard Vincenzo Nassi suffered a season ending ankle injury. The rest of the ride would be without the shot making guard. On top of all that, Lincoln lost their final home game. Once finding out the playoff schedule, Lincoln was to go against Mount Saint Charles. The players were all very excited, as they wanted revenge on the team that had beaten them just weeks ago. Payback was on the way. The playoffs had arrived and multiple questions had to be answered out of nowhere for the Lions. How would the return of Tyler go as he returns to the same school that he was thrown out of? How would the loss of Vincenzo Nassi affect the entire team? The loss of a player who can get his own shot at costly times has potential to turn into a disaster. Who would step up to the challenge and play big for Lincoln? Time and time again, this team comes up big together. The entire team played together in their first playoff game. With the odds against them, they played with huge heart in a big road game. Just twelve days ago, this Mount Saint Charles team had beaten them in that very building. A packed crowd was ready for both teams, as many Lincoln students and parents were ready for a “upset”. With sophomore Octavio Brito getting a start in his first of hopefully many playoff games, he was the first notable Lion player to have stepped up in the game, as he filled the stat sheet, getting a nice three point shot to drop for the first points of the game for Lincoln, alongside assisting and rebounding on multiple occasions. Soon after, Cody Anter started to heat up. Just when Mount Saint Charles starting to find a rhythm and gather momentum, Anter would put them to bed. Cody simply started to knock down each 3 point attempt, as this got not only the players fired up, but the fans as well. Lincoln had the game in hand for the entire 32 minutes of action, which is a good sign. A big road win was needed, as Lincoln has to go head-to-head on 3/1 against the number 1 team in D lll basketball, Toll Gate. This group has came together in a great way, and it has shown all year. Lincoln got there payback at Mount Saint Charles, but the bus has not stopped. The ride continues Friday in Johnston.