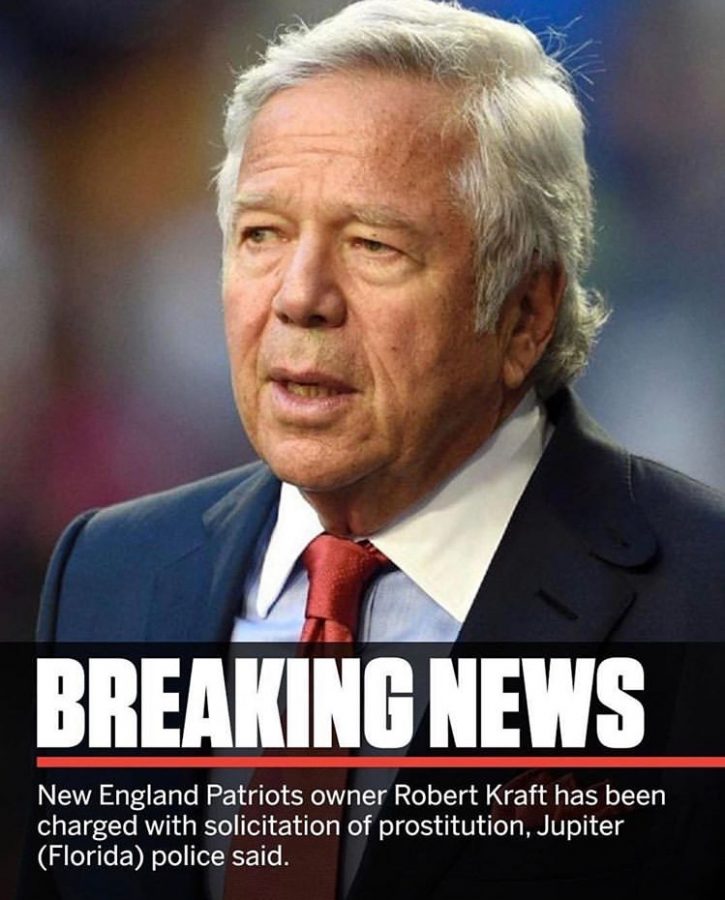 The New England Patriots are now facing yet another scandal as the Patriots’ owner, Robert Kraft, has been charged with two counts of first degree solicitation. Although the Patriots have been seen as a high-class organization that does not allow any kinds of distractions on and off the field, they always seem to be in the news for the wrong reasons. Over the years, the Patriots have been accused as cheaters with scandals such as spygate, deflategate, Edelman using PEDs, and have had the criminal trials on the team of Aaron Hernandez. Now, their beloved owner, who saved the team from moving to St. Louis in 1994, has involved himself in a scandal where he had paid a woman for sexual acts. Reports state that Kraft had gone to a massage parlor in Florida the morning of the AFC Championship game against the Chiefs, then had flown to Kansas City for the game. This was Kraft’s second visit to the parlor within 24 hours. Kraft was seen on surveillance video pulling up to the parlor in his Bentley, then receiving oral and manual sex from a woman, followed by him handing her a $100 bill. The Palm Beach State Attorney’s Office has charged Kraft with the two misdemeanors. If Kraft is proven guilty in court, then he would have to face a year in jail along with a fine of $5,000 and 100 hours of community service. Also, he would have to take a Human Trafficking Dangers class. Kraft was not targeted, as the state of Florida is trying to crack down on their human trafficking issue. There were more than 100 warrants sent out for arrests, 23 of which came from the Palm Beach County where Kraft allegedly committed his crime. Kraft’s spokesperson denies that Kraft had engaged in illegal activity. The NFL is currently undergoing investigation on the issue and stated that they will handle it just like any other case. NFL Commissioner right now has the right to either fine or suspend Kraft from football-related activities.