The way the world celebrates holidays 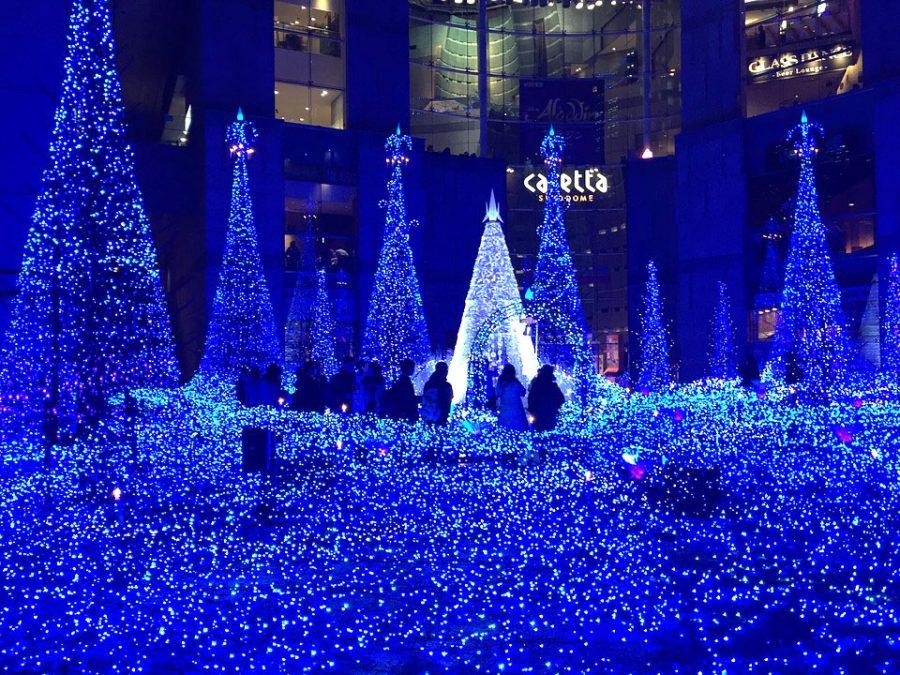 Whether you are celebrating in America, Brazil, France, or Japan, every nation around the world has their own way of celebrating the holidays. Throughout the winter, it is a common misconception that people around this time are quiet, and sheltered in hibernation. However, the frigid winter months are a time for celebration and merriment, whether it would be for fun or to celebrate tradition. While this may be a time where we should celebrate, all of us could always learn something from this time of year. Throughout the holidays there are several traditions celebrated. With each of these traditions being celebrated, people around the world can learn lessons in history; culture; geography; and religion. Beginning with the holiday that is taken to the extreme in our country, especially in New York City, Christmas. Christmas is the holiday that celebrates the birth of Jesus Christ. In America, there are many rituals performed around this time of year such as giving gifts; going to church more prominently; going caroling; and spending the day with their families and extended families. However, Christmas is not only celebrated in America. Ireland also celebrates the holiday, with more of an emphasis on the religious aspect. The Wren Boys Procession is a ritual that takes place in Ireland around the holiday season where children go door to door holding up a stick that is topped by a holly bush and a wren. The tradition has coined the name “The Starving Wren”. The tradition is called this because when a child takes their stick to a person’s home, they will ask for money for the “starving wren”. Back in ancient times, a real wren was killed and fastened to a stick, but fake wrens are used today. For eight nights in a row during the holiday season, Jewish people perform a tradition called Hanukkah. In Hebrew, the word “Hanukkah” means “dedication”, the holiday every year marks the rededication of the Holy Temple in Jerusalem. Jews celebrate this holiday by lighting a menorah; which is a special candle holder. For each of the eight nights, Jews will light a certain number of candles for each night, as the time of Hanukkah progresses. For example, on the first night of Hanukkah, Jews will light one candle. Then two candles will be lit on the second night, three on the third night, until the eighth night of Hanukkah. The types of foods consumed during Hanukkah are typically calorie-ridden and deep-fried. Why caloric types of food are most prevalent for the Jewish during this time of year is because the miracle of oil is celebrated. One of the most popular dishes consumed by those who participate in Hanukkah are potato pancakes, called latkes. Many dishes during this time will also contain dairy; Rabbinic literature suggests that it is a tradition to eat dairy foods around the time of Hanukkah. Certain types of goods that Jewish people could receive for Hanukkah are chocolate coins, nuts, or raisins. Kwanzaa; which means “first fruits”, is a holiday that is celebrated by millions of African-Americans and Pan-Africans across the world. Each year, Kwanzaa brings forth a message that speaks to what is best of being both African and a human. Kwanzaa was created in 1966 by Dr. Maulana Karenga, who is a professor of African Studies. Kwanzaa is a cultural event that spans over seven days that go from December 26th to January 1st each year. During the holiday, families and communities organize several activities across different principles such as the Nguzo Saba (The Seven Principles): Umoja (Unity): and Ujima (Collective Work and Responsibility) are examples of central, organized principles that take place during the holiday of Kwanzaa. Civilizations across the world have been celebrating the turn of the new year for at least four millennia. One of the first indications of a New Year’s Celebration was in ancient Babylon. In late March, about four-thousand years ago, the first new moon occurred following the vernal equinox—the day where there is an equal amount of sunlight and darkness. The Babylonians marked the occasion with a massive religious festival called Akitu; a word that was derived from the Sumerian word for barley—a type of wheat which was cut during the months of spring. Julius Caesar, however, discovered that extra months would be added to the original ten-month calendar of Rome. Julius Caesar impacted European society by informing other European nations to change the date of the new year to January 1st. In the United States, the most iconic event to occur is the dropping of a giant ball in the middle of Times Square in New York City. Millions of people around the world have watched the event ever since it first took place in 1907. Over time the ball itself has risen from what seems to be a large enough seven-hundred pound ball, to a twelve-hundred pound sphere with twelve feet in its diameter. Whether it comes to the food that you eat, the traditions you can learn from and apply to around this time, or the culture that you and the people you love follow each holiday season, at this time of year, there is always something to celebrate. It truly does not matter if you are celebrating a different tradition than your friend, or a person in your life who is worth spending time with around this season. What matters is the personal admirations, the care, the joy, and the spirit that flows so diversely around the holidays.