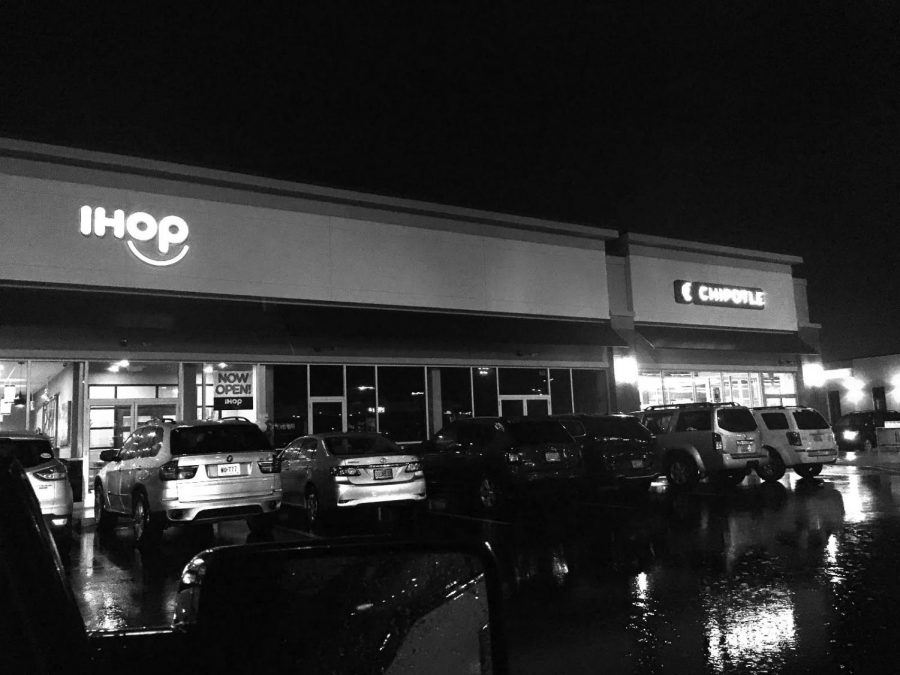 The second that new buildings were being modeled for Lincoln Mall off of George Washington Highway, just two minutes away from LHS, all attention was drawn to the spot. Anticipation ran on for months as people speculated what type of business would enter the new location. Searching for a fresh take on Mexican cuisine? On Tuesday, November 13th, Chipotle Mexican Grille opened its doors wide for customers who they hoped would thrive off of the new founding. Can’t find any local, specialty breakfast eateries? Only two doors down, IHOP opened just days before the Thanksgiving holiday, bringing the breakfast option to the table for the first time ever at Lincoln Mall. According to the Valley Breeze, Chipotle’s general manager accompanied by Laura Graham, his training apprentice, hopes for their restaurant to become a staple of the community. Flocks of Lincoln residents have already begun testing both of the new chain restaurant establishments, getting a fresh bite to eat apart from some of the already popular spots in the area. Students around Lincoln High School have already begun making plans for these places to be their new go-to after-party hangouts, claiming them as their own. The Mexican and breakfast styled dinners are quickly rising to local fame in the expansion of the nationwide chains, experiencing their first tastes of the Lincoln community. With the news buzzing around the high school, many students claimed that they were more excited about IHOP opening than Chipotle. An anonymous source claimed, “Chipotle is delicious but, since an IHOP is so close and I haven’t been in so long, I prefer enjoying all of the pancakes, syrup, bacon, and goodness that you can order there. It’s going to be my number one stop.” IHOP contains a much more vast expansion of menu items, while Chipotle sticks to basic Mexican tacos and salad bowls. Taking a closer look, each restaurant has an individual mission for their customers. They focus on what they are best at, creating deliciously curated dishes for all different flavor palettes. Chipotle focuses their time into making “food with integrity”. They are committed to offering the very best cheeses and sour cream products with their meals, taken from pasture-raised cows instead of overfed animals in cramped conditions. They personally visit the farms where they purchase their dairy products once each year to verify that the cows have access to pasture, epitomize animal welfare, and supply the animals with a supplementary diet that is absent of all byproducts. They take pride in advertising their “real ingredients’ and “real flavors” that keep their customers constantly coming back for more. IHOP focuses on their specialty pancakes that are covered with toppings all the way from belgian chocolate to fresh fruit. They also serve an array of omelets, crepes, and even burgers (a new extension to the menu added during summer 2018). In July of 2018, IHOP promoted their restaurant on Twitter under a new name, IHOB, to draw attention to their burger sales. Many believed that they were permanently altering their name and the internet was a buzz of opinions and controversy. The rumor was eventually shut down by the company, claiming the tweet as a joke. For their grand opening at Lincoln Mall came the arrival of their “The Grinch” special, inspired by the opening of Disney Illuminations new holiday movie. The movie-influenced breakfast meals include green pancakes covered with cream cheese icing, green whipped cream and red heart-shaped sprinkles, as well as a “Minty Who-Hot Chocolate” and the brand new roast beef filled omelette. If these items do not intrigue you to make a visit to the restaurant, surely there will be something else on their large menu that will. Both of the new additions to Lincoln Mall bring their own individuality to the plate, no pun intended. Their differences make them perfect neighbors, providing choice for all guests that enter the plot. So far they have both held their ground, proving their worthiness to the Lincoln community. Do not forget that the horizons have broadened in the food business next time you are deciding where to dine at the mall.